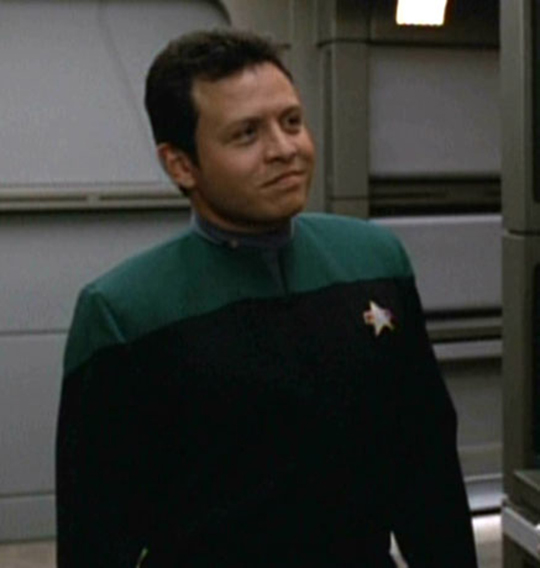 King Abdullah of Jordan, an acknowledged fan of Star Trek, appeared as an uncredited extra in the 1996 Star Trek: Voyager episode “Investigations“.
Abdullah’s cameo was arranged as a surprise for him by his US advisor.